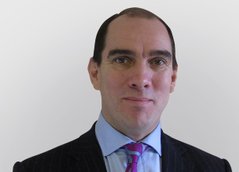 Dr Faircloth qualified from St George's Hospital Medical School, gaining a number of prizes, before undertaking junior posts at St George's, the Royal Brompton and Hammersmith Hospitals.  He started his registrar training at Frimley Park Hospital in 1999 before going on to St George's. He was awarded a personal BHF Fellowship to research the molecular basis of ischaemic heart failure at St Thomas' Hospital, leading to the award of a PhD. He then completed his training with a fellowship in interventional cardiology back at St George's Hospital. He was appointed as a consultant cardiologist at Frimley Park and at St George’s Hospitals in 2008.

He is often described by his patients as being a good and careful listener, which is crucial in gaining a swift and accurate diagnosis. He is an experienced and highly capable interventional cardiologist and his externally reviewed performance figures confirm excellent success rates and an excellent safety record. He is trusted by his colleagues for his clinical and interventional skills.

He runs his clinics as often as possible as “one-stop” clinics with tests being performed on the day to enable a swift and efficient diagnostic process. ECGs, echocardiograms, exercise tests and cardiac monitors can often be arranged at the time of the first visit.

He runs two to three clinics per week and with a very friendly and helpful PA (Deborah Squire) who will always try to accommodate patients as soon as possible.

Dr Faircloth is recognised by all the major insurance companies and meets their fee requirements (he does not bill in excess of the companies’ recommended fee levels). Approved companies include: BUPA, AXA-PPP, Aviva, WPA, Exeter

All aspects of general cardiology including:

Dr Faircloth maintains an ongoing interest in medical education and is involved in programmes locally and internationally. In the last two years he has spoken at the Royal College of Physicians and at the Royal College of General Practitioners. He was one of five British cardiologists invited to speak at the prestigious Complex Cardiovascular Catheter Therapeutics meeting in Orlando, USA  in 2017, and returned to speak again in 2018.

His most recent speaking engagement was to the Reception classes at South Farnham Infant School on the subject of "People who help us"!

Dr Faircloth is trusted by hospitals in the South-East of England to perform external reviews of their practice and structure, and has undertaken several such evaluations for departments with difficulties.